Flipside had previously developed the EnterVue platform, which is a wireless touchscreen-based tablet screening, data collection and analysis system. The initial implementation was in pediatrics, based on content from the Bright Futures national initiative. Realizing the opportunity to expand the EnterVue platform into other content areas, Flipside partnered with Dr. Kelly Kelleher (at the time at the Children’s Hospital of Pittsburgh) to create a new content module for EnterVue. Together an SBIR opportunity through the National Institute of Health (NIH) was identified which was being sponsored by the Department of Health and Human Services (DHHS) and the National Institute on Alcohol Abuse and Alcoholism (NIAAA). A detailed grant proposal was created, submitted, and approved.

Flipside then worked with Dr. Kelleher and the team to create a new tool called the primary care computerized assessment tool (PCCAT). Similar to EnterVue:Pediatrics, PCCAT is a touchscreen-based tablet based system designed to engage patients with screenings, provide clinicians with results, and suggest brief intervention or referral information at the point of care. The content for PCCAT was derived from the NIAAA’s “Identification of At- Risk Drinking and Intervention with Women of Childbearing Age” guide. Additionally, a number of other relevant screeners were evaluated for inclusion in PCCAT, including:

Due to extensive question set that was included in PCCAT’s screening corpus, advanced adaptive questioning and branching logic was developed to ensure the user always received the most appropriate and valuable questions at any time. Multiple reports were created for both the user (patient) and the physician. Longitudinal patient tracking allows for individual patients to be followed over time, with PCCAT increasing the relevancy of the system with each iteration. 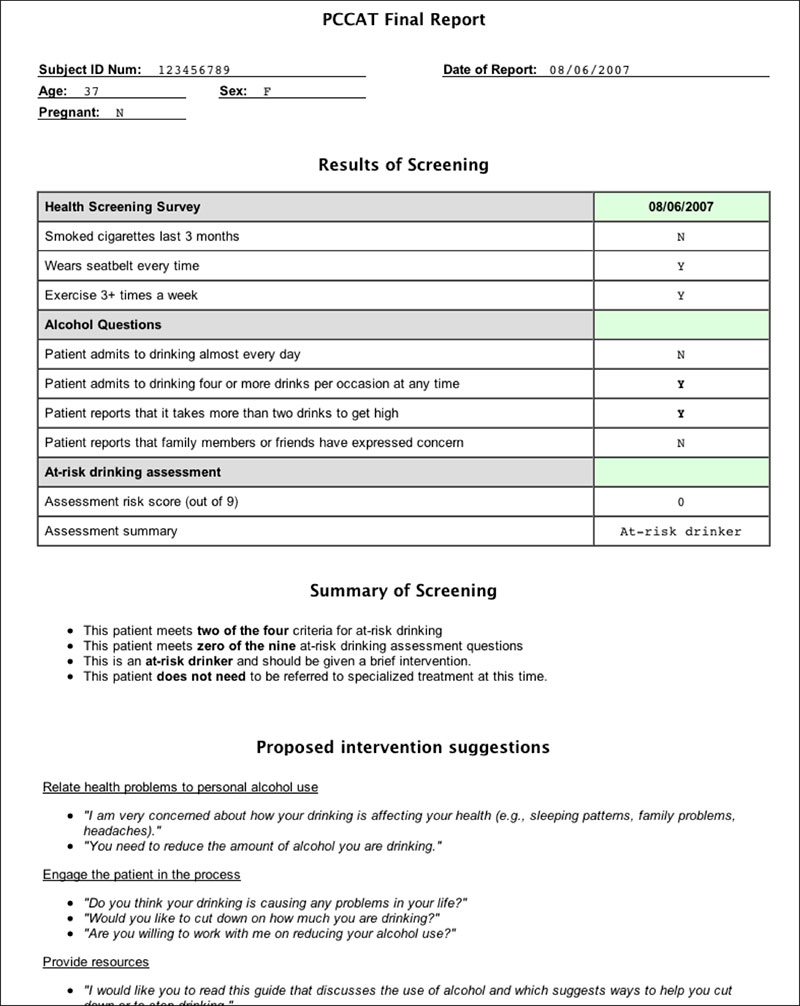 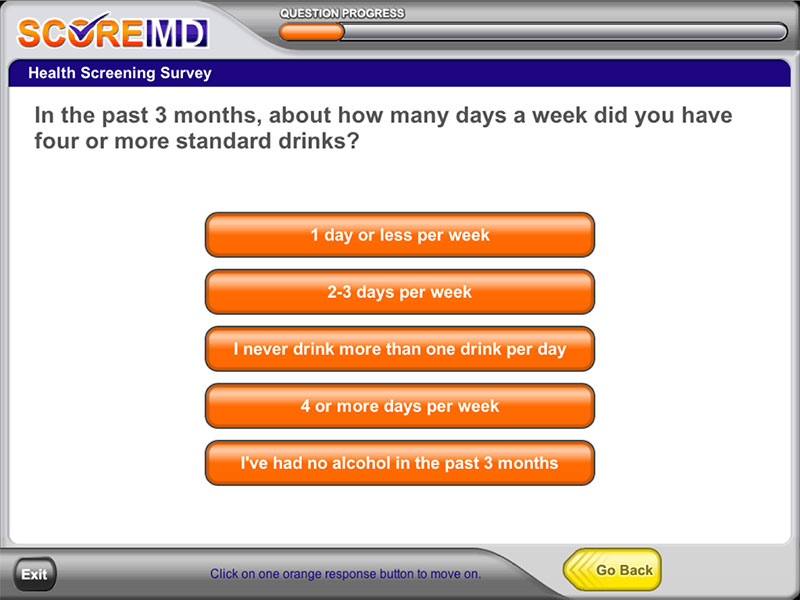 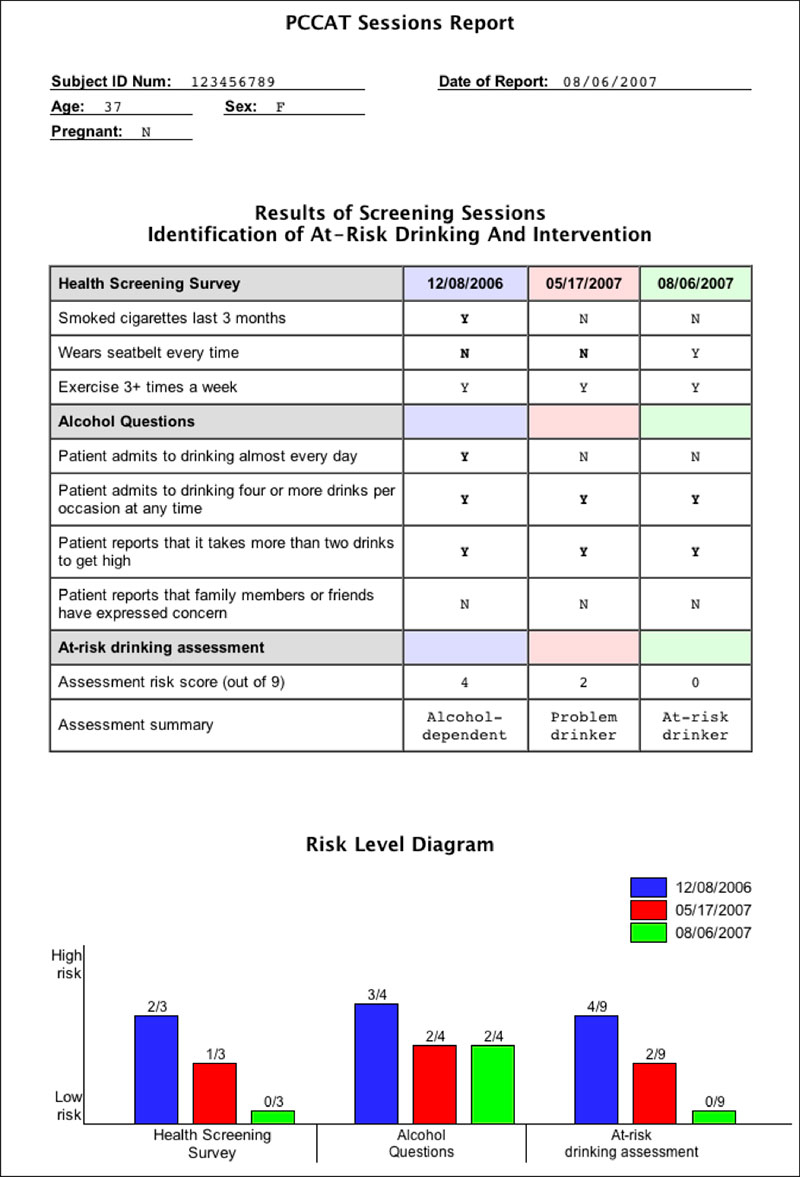 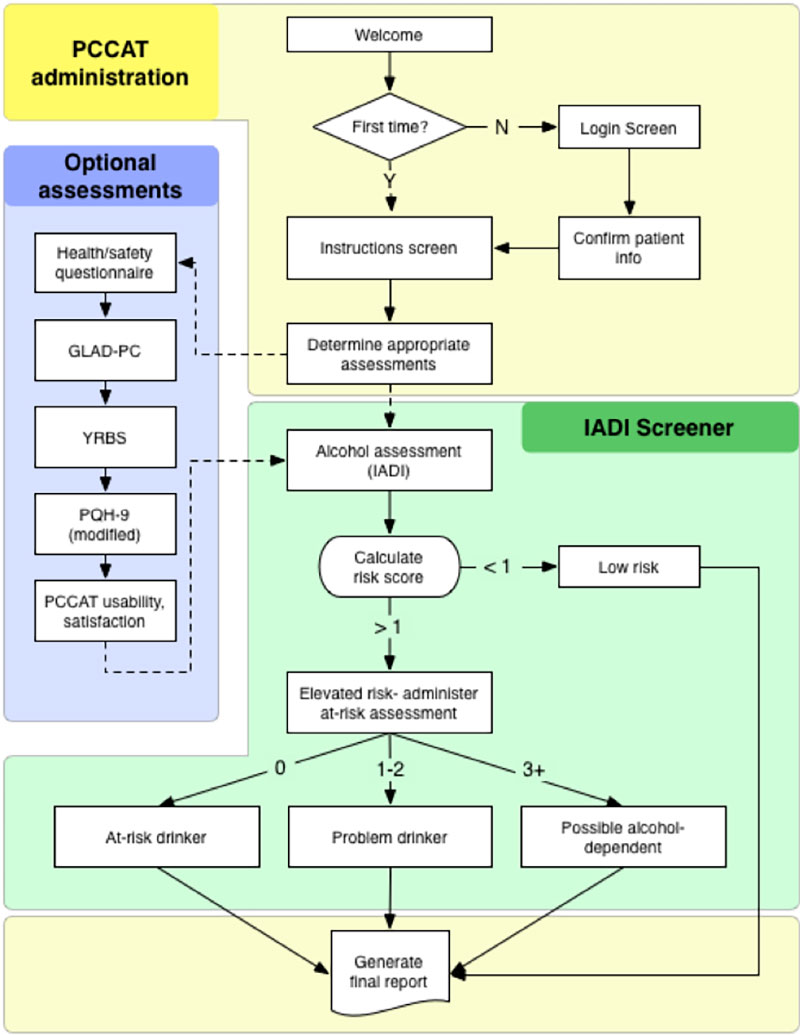